You asked...and she answered! We'd first just like to say a HUGE hoorah and thank you to Sarah J. Maas for answering ALL of these questions. She tells us about the writing process, more details about the characters, dare we say some SPOILERS, and a little background that will give you more context about the Throne of Glass book series.

Another special thanks to all users who submitted questions...ENJOY! 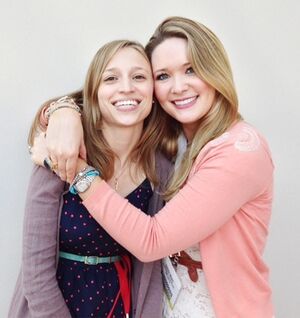 Do you have any advice for young adults who want to pursue a career as an author?
It’s a really, really long and hard road to publication, but it’s not impossible. If you have the focus, the dedication, and the unyielding passion, that’s already half the battle. Read as much as you can (and read widely), write what you love, and never, ever give up. And if you want advice on everything from writing to revising to getting a book deal, then check out Susan Dennard’s website. (pictured with Sarah on the right)

What's your method to keep yourself motivated and stay on task when working on multiple series simultaneously?
I’m a profoundly lazy person when it comes to most things, but I’ve always been super-disciplined when it comes to writing. I’ve been writing since I was a teenager, when my one goal in life was to get published. I’d write before/after/instead of homework, at school, on weekends, on vacations—basically, any spare time I had, I devoted to writing. Because of that, I’ve had about fifteen years of writing books amid many other commitments—which really developed my work ethic and writing muscles. 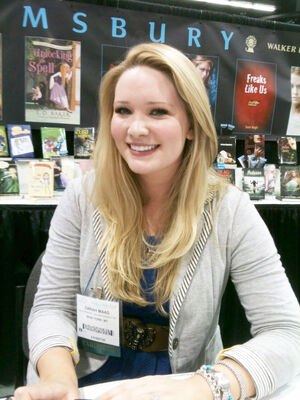 So juggling two series at once is sort of second nature at this point. I’m used to punching out big daily word counts while drafting, as well as managing a demanding schedule. Honestly, I think I might be a bit of a workaholic, because I get antsy when I’m not working on something. It doesn’t hurt that being a full-time writer is my dream-job, so the fact that I get to live that dream every single day really helps me stay focused and motivated.

But when the creative well runs dry (which it does for every author), I like to immerse myself in other forms of storytelling: music, movies, TV (current obsession: The 100. BELLARKE 4EVA.), catching up on my TBR pile, ballet… But sometimes the best remedy is to get out into the real world (travel, hanging out with friends, little adventures in my area)—I’ll usually come back to my desk brimming with ideas and energy.

Did putting Throne of Glass on FictionPress.com help you improve anything in the book, or your writing in general?
FictionPress really helped with two things: 1) Keeping me accountable for updating/writing the story (while balancing school/life), which really developed my writing/work ethic; and 2) Learning to handle criticism and feedback.

I also initially connected with my best friend/soul-twin & CP, Susan Dennard, because we’d both been on FP and Fanfiction.net as teenagers, and I’m not sure our paths would have ever crossed if it wasn’t for that connection. So much good has come into my life as a result of FP, and I’ll be forever grateful for it. 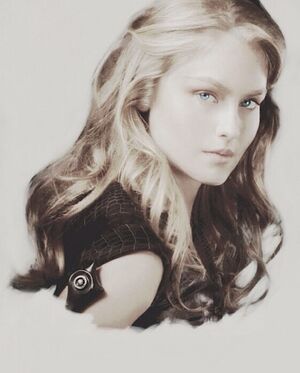 Do the Wyrdmarks have any real-world origins? (Or in other words, What inspired the Wyrdmarks?)
True/very un-glamorous story: My junior year of college, I took an Old English course (which is pretttttty much a different language), and while doing the daily poem translations, I stumbled across ‘Wyrd’ in the text, which means ‘fate.’ I thought it was cool-looking/sounding (I told you this story wasn’t that glamorous), and made a note to use it in TOG (which I was revising for the 1000th time). I’ve had a lifelong fascination with runes, and I can’t quite remember why I wanted to add them to the TOG world, but I somehow just decided that they needed to be there, and that they’d be kinda rune-like, and I’d call them Wyrdmarks. So, so much of my creative process is just random, spur-of-the-moment, ‘what if?’ kinda stuff.

Do any of the characters mirror your personality?
All the characters have a little kernel of me in them, actually. And it’s so hard to answer this question because the two characters I’m the most like get more page time/explanations in Queen of Shadows, and you guys won’t be reading that until September. Mentioning one of them is kinda spoilery, BUT since the other one was in HOF, I think it’s safe to say that personality-wise, I might be the most like Asterin Blackbeak, Manon’s Second in Command.

I didn’t even realize it until I’d finished writing Queen of Shadows, but…weirdly enough, there’s something about Asterin that makes her feel like a kindred spirit. Maybe it’s because she’s loyal to a fault and would do anything for Manon and the Thirteen—just as I would do anything (like…help-bury-the-body kinda ‘do anything’) for my best friend, Susan.

Do you have a favorite character?
Celaena/Aelin, of course. But I looove writing Manon’s scenes (I can unload my every horrible thought onto her), and Rowan’s scenes (because he’s…Rowan). And anything with Aedion (boyfriend looooves to push buttons). I also really, really loved the stygian spider in HOF—like, weirdly loved her. 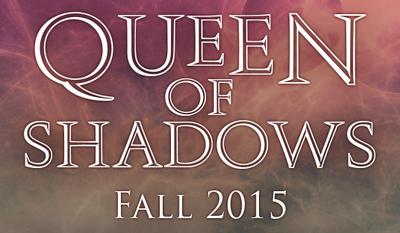 Will Dorian ever find a true love?
Dudes, you know I can’t answer that right now!

I’m a firm believer in letting the story go where it needs to (instead of forcing it to cling to previous ideas), and find that my subconscious/Muse is usually right when it comes to taking things in a totally different direction than I’d originally planned. It’s part of what makes writing fun and exciting—especially when Celaena still remains a bit unpredictable even to me.

So, that means that yes, some big plans have changed. They change with every book I write, every round of revision—always for the best, always making the story so much stronger than it was before. 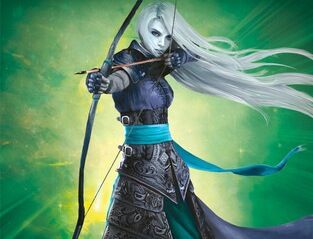 Also: I see this question all the time, so I just want to say once and for all: consider the Fictionpress draft another book entirely. So, so, SO little of what happens in that draft is even in this series any more, especially the ending. I made it clear when I took the story off the site in 2008 that I’d be rewriting/changing the majority of material (and with good reason, since so much of it was just me figuring out how to write a book!). So, if you are curious about who Celaena ends up with, I would not consider the FP draft a resource.

Anyway. Yes: I finally have an ending in mind—an ending that I love and have been working toward for the past few books, but how Celaena/Aelin gets there—and who she gets there with—have always been flexible.

Outlining doesn’t work for me as a writer, and I find that my creativity flows much more when I’m able to write the story as it demands to be told. So right now, a certain ending is calling to me, and I am obsessed with it and working toward it with every book—but who knows? Some major plot points will always be resolved/revealed, and those are things I have plotted for since the novellas, but the ending-ending? I’ll only find that out once I write Books 5 and 6, when I’ll learn where Celaena/Aelin takes me. Hopefully she won’t throw any curveballs (since I kinda/sorta/definitely love my current planned last line for the series) :) 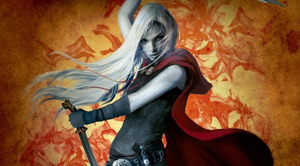 Will we see Nox again?
I hope so! He’s certainly been up to some exciting stuff since the competition in TOG. ;)

Will we find out the king’s name?
Maybe. Maybe not. ;)

Is Rowan going to have a significant role in book 4? Or at least an appearance? Pretty please?
Okay, I am usually very anti-spoilers, but… YES. Rowan will be in Queen of Shadows, and have significant page-time, as well as his own POV. Annnnd that’s all I’ll say about it.

Also, on the subject of characters returning… Ansel, from the novellas, will be returning, but not in Queen of Shadows.

Will we find out who Aedion’s father is?
Oh yessss.

And while we’re on the subject of pronunciations…

Will we find out the identity of the assassin who killed the Royal Family of Terrasen?
Yep! 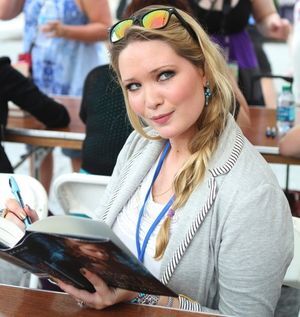 Will Celaena and Manon ever meet?
Again, I’m usually very anti-spoilers, but… Yes. Their stories have been building toward that meeting (for better or worse), and their narratives will eventually intertwine a bit more.

Do the following lines in Throne of Glass have major significance for the plot in the later books (4-6): "You were brought here -- all of you were. All the players in the unfinished game. My friends," [Cain] gestured to the dead, 'have told me so."
1.) Gold star for you for this question! 2.) Yeppppp!

Will we get to know some of the more minor characters later down the line: Lorcan, the Twins, Vaughan, our Kitty-cat friend, Galan Ashryver, and even the Spidler-silk merchant from The Assassin and the Desert?


Ohhhhh, yes. Especially the Cadre! You’ll see some of them in Queen of Shadows!

Are there any male Ironteeth witches or any sort of male witches at all?
Good question! No, there aren’t any male Ironteeth witches. Offspring are really, really rare amongst the Ironteeth, and are always female (so they have to go outside their Clans to reproduce—which has resulted in the currently-diluted bloodline). You’ll get to learn a bit more about the witchlings (aka witch-babies) in Queen of Shadows, actually!

Will we see more of the Crochan witches in the future books?
Yep! They’ll play a big role later on.

Was Sam the creature in the catacombs under the library in Crown of Midnight?
Nope. I’ve seen some really interesting/cool theories about that, but—no. That’s not Sam. Sam (RIP!) is officially and completely and 100% dead. And that’s not just me teasing you guys—he’s really, truly dead and isn’t coming back, either through some plot device or magic miracle. It kills me to say that, because I loved him so much. *cries in corner*

Are there any countries that we haven't been introduced to yet?
Most definitely! You’ll get to learn about some of them in Queen of Shadows, and hopefully see them in later books!

Did you ever intended to make Arobynn a love interest for Celaena?
Not a love interest, but…their relationship is complicated (which is what makes it so fun to write). Arobynn straddles so many lines with his relationship to Celaena, and has never really declared himself to be one role or another (parental figure, friend/brother, or lover). Part of that is intentional (to keep Celaena on her toes) but part of it is also because he hasn’t yet decided what role he wants to one day play for her. For him, the deciding factor in picking that role would be how much control he’d eventually get to wield in that position. You’ll get to see a lot more of this twisted/fun stuff explored in Queen of Shadows. :) 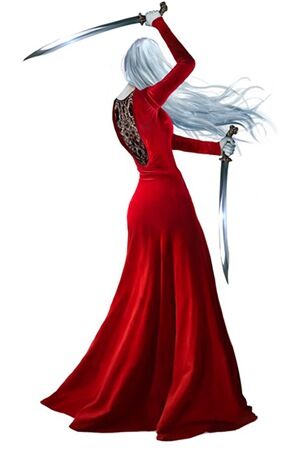 What scene, out of all the books so far, was the hardest to write?
There are a few scenes that broke me—like, crying-so-hard-I-had-to-walk-away-from-the-desk: 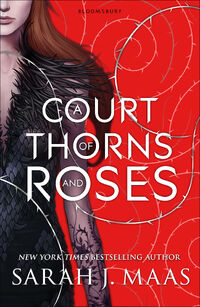 Is ACOTAR going to be a trilogy or a series?
Currently, it’s only a trilogy, but I definitely have some ideas for companion novels floating around in my head!

After ToG and ACOTAR, are you thinking of writing any other books?
Of course! I have several ideas for other books (standalones and series) that have been on the backburner for years, so I’d love the chance to write them once both series are finished. :)