February Buzz Books
From Asnow89 on Wikia Books.
Want to know the top five hottest Y.A. books for February? Check it out!

Review of Where She Went
From Ipaintedafish on If I Stay Wikia.
Read about the second book in the "If I Stay" book series by Gayle Forman!

Outlander Soundtrack Sneak Peak
From Alwaysmore2hear on Outlander Wiki.
Check out this blog about the new soundtrack for Outlander (based on the book series).

The Third Sleeper Book Club
From Bloody18 on Wikia Books.
Vote for which book you want to read next for this community run mini book club!

Official The Expanse Trailer
From Tobiasvl on Expanse Wiki.
The official Expanse trailer was finally released! The series is based on James Corey's sci-fi book series.

Insurgent Featurette Goes Behind the Scenes
From Gcheung28 on Divergent Wiki.
Check out this behind the scenes featurette from the upcoming Insurgent movie!

Paper Towns as a movie!
From Ipaintedafish on John Green Wikia.
Read all about the new cast of Paper Towns, the movie based on the book by John Green!

Insurgent Previews
From Big Brother 99 on Wikia Books.
Check out this complete archive of all of the Insurgent teaser trailers and official trailers!

2014 Books Turned Into Films
From Asnow89 on Year in Fandom.
Want a list of the best book to film adaptations from 2014? Look no further!

Which Tris Look Do YOU Prefer?
From Big Brother 99 on Divergent Wiki.
Which one of Tris' looks from Divergent and Insurgent do you prefer? Vote and discuss now!

Read a Deleted Scene from The Jewel
From Asnow89 on The Lone City Wikia.
Have you heard of the latest YA book series- The Jewel? Read this deleted scene!

Gary Chalk Launches Board Game Kickstarter
From LordTBT on Redwall Wiki.
Gary Chalk, known for his artwork contributions to the first five Redwall books, has launched a Kickstarter to seek financing for a Lone Wolf board game. Check it out!

Poppy Drayon to Star in Shannara Series on MTV
From Asnow89 on Shannara Wiki.
The MTV show based on the YA series, Shannara, just cast the leading lady! Check it out...

Maggie Creates Tarot Cards for The Raven Cycle
From Asnow89 on The Raven Boys Wikia.
Heard of The Raven Cycle book series? The author created these fun tarot cards to go with it!

The Expanse T.V. Cast was Set
From Tobiasvl on Expanse Wiki.
Expanse by James S. A. Corey is being produced into a T.V. show. The cast was just officially announced...check it out!

Insurgent Character Posters Released in 3D
From Gcheung28 on Divergent Wiki.
New 3D posters for Insurgent by Veronica Roth (the second book in the Divergent series)....check it out!

Shadowhunters T.V. Series
From Electra_Mak. on Shadowhunters Wiki.
Shadowhunters fans! Guess what? The Mortal Instruments is going to be turned into a T.V. Show! Read more about it here...

DIY Y.A. Hero Costumes
From Asnow89 on Wikia Books.
Check out our costume guys for Y.A. heroes! Complete with DIY instructions and all....

Halloween Reads for 2014
From Asnow89 on Wikia Books.
Need a scary or supernatural read for the Halloween season? Check out our top picks!

Blood of Olympus Clues Speculation
From RuleroftheBisons97 on Camp Half Blood Wiki.
Check out all of Rick Riordan's clues for his upcoming book, The Blood of Olympus!

Dumbo was Cast in The 5th Wave
From Asnow89 on The 5th Wave.
We have our Dumbo! Tong Revolori (from The Grand Budapest Hotel) was officially cast in the upcoming The 5th Wave movie.

New Prequel for The Maze Runner
From Kate.moon on Maze Runner Wikia.
James Dashner is writing the second prequel to Maze Runner!

First Major Adult Role Casted in The 5th Wave
From Gcheung28 on The 5th Wave.
Liev Schreiber was cast in the first adult role in the upcoming The 5th Wave movie. Read about it here!

Mockingjay Part 1 Trailer Breakdown
From Gcheung28 on The Hunger Games.
Check out this complete breakdown for the latest The Hunger Games trailer! There might be a few things you missed...

Divergent Deleted Scene: Edward's Attack
From Gcheung28 on Divergent Wiki.
Check out this DELETED SCENE from the Divergent movie. Beware, it's intense!

Divergent Cast Faction Quiz
From Big Brother 99 on Divergent Wiki.
The Divergent cast was asked by RottenTomato's with the one question about what 'faction' they'd belong in. Check out these fun videos!

The Summer I Turned Pretty Series Review
From 1luvmunro on Wikia Books.
User 1luvmunro tells you why she absolutely loves this series by Jenny Han!

Thomas Jane to Star as Miller in Expanse TV Series
From Tobiasvl on Expanse Wiki.
Thomas Jane will star as Detective Miller in the upcoming Sci-Fi T.V. series based on the Expanse book series.

One Republic & The Giver Music Video
From Asnow89 on The Giver Wikia.
Check out the latest Giver trailer featuring One Republic's new song!

Allegiant Part 1 Film Gets the Maze Runner Writer
From Gcheung28 on Divergent Wiki.
Noah Oppenheim (The Maze Runner screenwriter) will be adapting the third book in Veronica Roth's YA series.

Why You Should Read Night World
From M.J. Daniels on Wikia Books.
Read about what Night World is all about, WHY you should read it, and check out related wikis!

My Choosing Ceremony for Divergent
From Big Brother 99 on Divergent Wiki.
Read about what this user's story would be like if he were a character in Divergent!

Night World Film Adapation
From M.J. Daniels on Nightworld Wiki.
M.J. Daniels discusses why Night World would be an amazing movie/T.V. series...check it out! 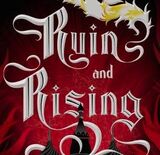 Ruin and Rising Release Date
From Asnow89 on Shadow and Bone Wikia.
The third book in The Grisha Trilogy by Leigh Bardugo was JUST released. Check it out here!

The Books Network Launched
From Corey Chambers on Wikia Books.
Check out the all new Books Network- a place where book admins can come together to affiliate, prevent vandalism, and more!

The Mortal Instruments Review
From Tiffanyb137 on Shadowhunters Wiki.
TEXT

New The Giver Trailer
From Asnow89 on The Giver Wikia.
Check out this brand new trailer for the upcoming The Giver movie, starring Meryl Streep!

New Short Story Collection by Cassandra Clare
From Gcheung28 on Shadowhunters Wiki.
Cassandra Clare is publishing another short story collection centered around Simon Lewis (one of our favorites from The Mortal Instruments). Check out the details here!

Syfy Picks up Expanse TV Series
From Tobiasvl on Expanse Wiki.
James S.A. Corey's book series, The Expanse, was just picked up by Syfy to be turned into a T.V. series. Read more here...

Review Cassie Clare's latest book
From Redwall64 on the Shadowhunters Wiki.
Are you a fan of The Mortal Instruments by Cassandra Clare? Her latest book JUST came out- join in on the chat!

Mini Review of Delirium
From Chloepenguins on Delirium Wiki.
Check out this review of Lauren Oliver's book- Delirium!

Spring Reading List
From Asnow89 on Wikia Books.
What books should you read this Spring? Asnow89 covers new releases, classics, and more!

Retrieved from "https://bookclub.fandom.com/wiki/From_the_Community?oldid=14478"
Community content is available under CC-BY-SA unless otherwise noted.